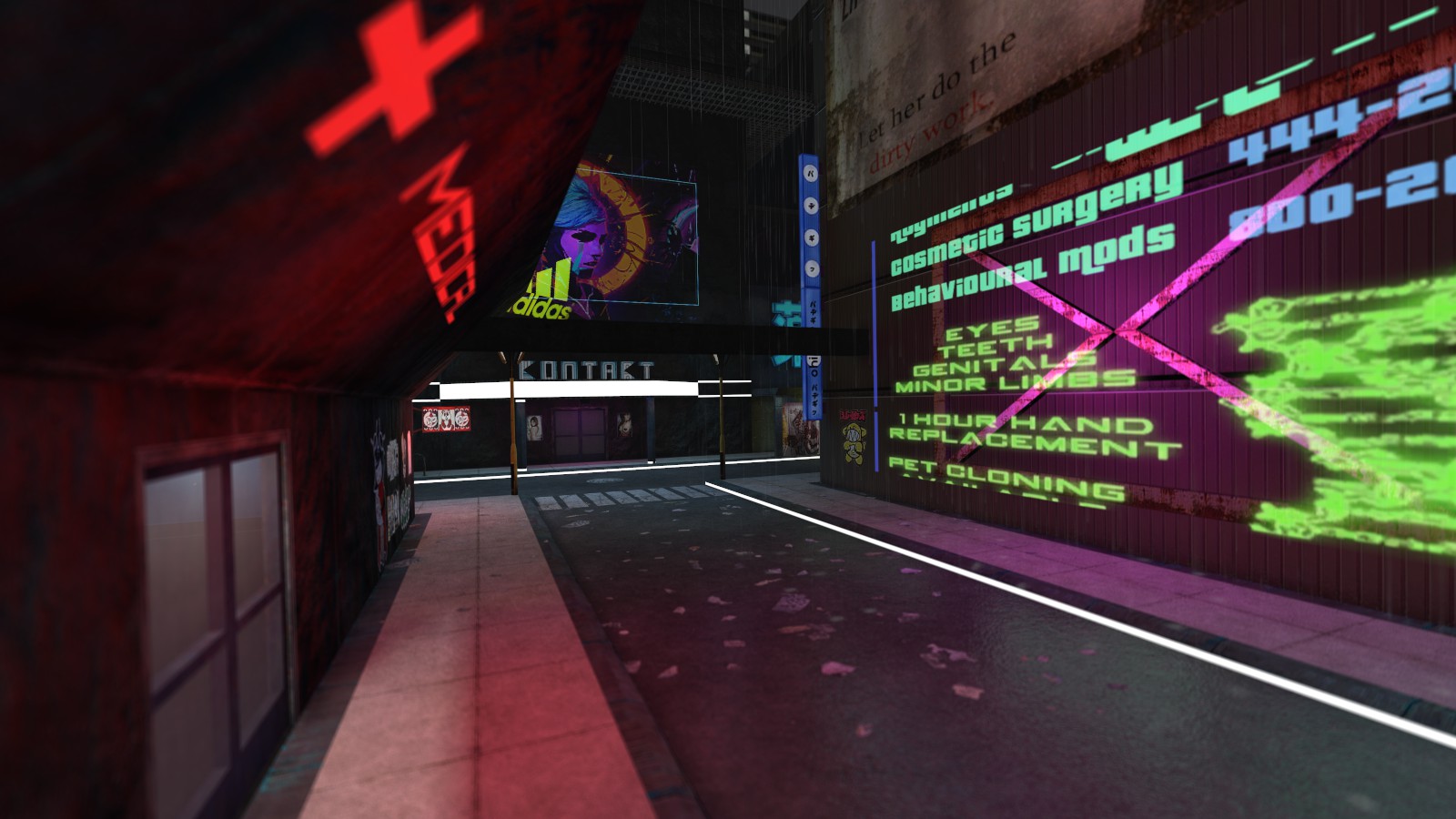 Currently, we’re just putting the items and scripts in. We’re also finishing up the last part of the map – other than that, the hard stuff is done – now we’re just cranking out the easy, but tedious stuff.

Do keep in mind, this project is developed by a very small team, and is a large task – we’re focused on giving you an IMMENSELY new experience, with a massive amount of detail, and brand-new functionality, to make improvements to RP in ways that you’ve never seen before – patience is a virtue! We are very close to completion – it’s coming much sooner than you think. Thank you!

Welcome to the dark heart of Japanese Hong Kong, in the hot summer of 2087.

With an exceedingly unstable situation unfolding in Japan, drastic measures are in place – a thunder-dome of various entities, all vying for control of one of the last semi-safe cities in the nation.

With rapid privatization of the state resulting in the sudden acquisition of the corporate government by Triumvirate International, a massive, looming threat is dispatched by a last-ditch effort to either stop, or delay the Chinese Kuomintang, on their conquest to totally annex Japan.

A massive uptick in corporate interest takes place within the limits of Ukiyo City, as the hotbed for serious unrest and conflict shows signs of lucrative opportunity for anyone willing to get their hands dirty. A massive, sweeping legislative change in the country permits the licensing, ownership, and use of weaponry ranging from small arms, to full-on destructive devices, and body modifications, called ‘WetWare,’ for the civilian populace, regardless of history.

As the JTRI Corporate Government comes totally under control of Cascadia’s Triumvirate International, enhanced citizens of the technocratic nation find themselves flocking in large amounts to the unstable, neon-drenched island, in search of a semi-lawless, staggering expanse of towering, monolithic buildings, labyrinthine commercial corridors, seedy and dirty night life, and the SprawlNET to conduct their own business.

With crime, conflict, and cash thrown into this increasingly unstable mix, power changes hands almost every single day – and the world’s spot-light is shining down directly onto Ukiyo City. Either put on a show for the cameras, use your clout to wheel and deal yourself to the top, or move in silence and violence in order to get what you want.

Unending power is well within your reach – the real question is how far you’re willing to reach for it.

Skip back to main navigation